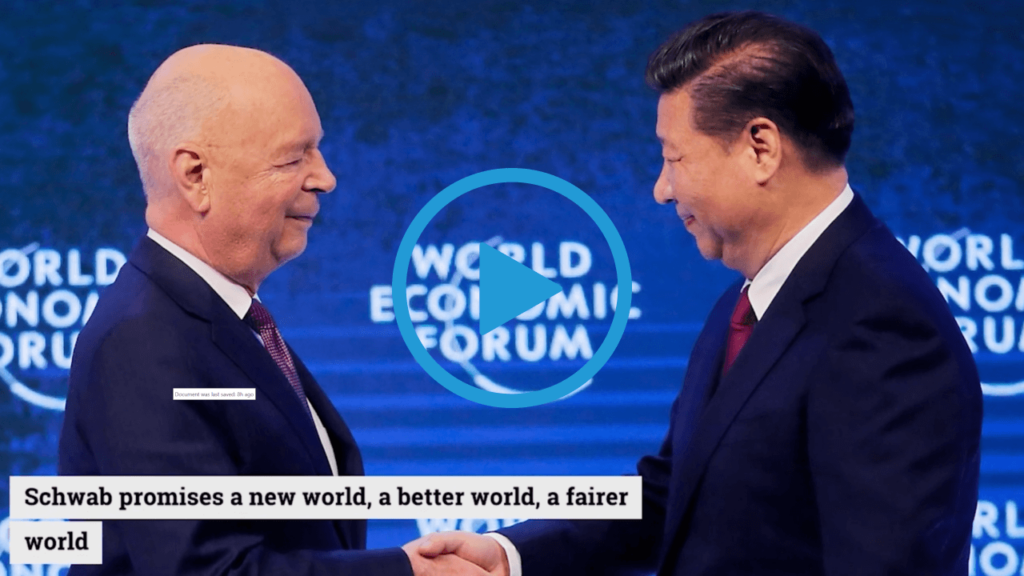 What is the Great Reset?

The Great Reset is both a proposal and a marketing slogan by the World Economic Forum (WEF). It appears to represent globalists’ vision to install a Marxist totalitarian technocracy, exploiting the coronavirus “crisis”. It was unveiled in May 2020 by the United Kingdom’s Prince Charles and WEF director Klaus Schwab.

Wikipedia cites The Great Reset as entirely benevolent – “The Great Reset is a proposal by the World Economic Forum (WEF) to rebuild the economy sustainably following the COVID-19 pandemic”. Its Wikipedia entry alludes that any other interpretation i.e. nefarious, is part of a grand conspiracy theory, namely:

The conspiracy theory alleges that “global financial elites” and world leaders have planned a pandemic, deliberately letting loose the coronavirus to cause the conditions that will allow a restructuring of the world’s governments. It alleges that the main goals of the Great Reset are to take global political and economic control by instating a Marxist totalitarian regime and by extension, the New World Order.
It is claimed that such a regime would abolish personal ownership and property rights, send the military into cities, impose mandatory vaccination, and create isolation camps for people who resist. Various examples which proponents claim are evidence of a conspiracy include a 2016 WEF piece describing what life might be like in 2030, Joe Biden’s campaign slogan “Build Back Better”, and Canadian Prime Minister Justin Trudeau’s September 2020 speech.
According to The Daily Dot, this is merely discourse illustrating how to create a more just and sustainable world. In some variations of the theory, US President Donald Trump is the only world leader keeping the scheme from happening, based on a video from August 2020 which has been viewed over three million times.

The Global Reset has a long history stretching back to the 1930s with technocracy. The Great Reset seems to be at loggerheads with individual liberty; that is, free exercise of rights generally seen as outside Government control.

One of the most famous economic forecasters Martin Armstrong, claimed a few weeks ago that The Great Reset represented “communism 3.0”, stating:

I’ve been back and forth with central banks from anywhere and everywhere from China to you know Europe, Middle East, whatever, so – and I’ve been going back and forth to Europe on this issue for four years and I’ve been telling them that look the real problem is they have lowered interest rates in Europe to negative in 2014.
After six years they have been unable to stimulate the economy but they’re now trapped. They can’t sell debt at negative levels. Pension funds are basically on the on the brink of complete insolvency in Europe. Over 50 of them are basically broke already in Germany and so I’ve been arguing that look at least convert the debt to a perpetual debt and raise the interest rate to at least three percent and – but my solution is we keep our freedom and it’s government that has to give up some power.
They don’t want that they so they’re turning to [Klaus] Schwab and his solution is with Thomas Piketty.
… So the only way out that they’re seeing from Schwab is that it is basically to default, and that’s communism. You will own nothing and you’ll be happy. So all debt will disappear and all your personal private debts all disappear.
In the back drop to that so do banks. This is why you have Big Tech supporting them…

I spent today going through the past four months of Sky News (Australia) for clips featuring The Great Reset. I stitched them together into a 22-minute video to help others start to make up their minds. 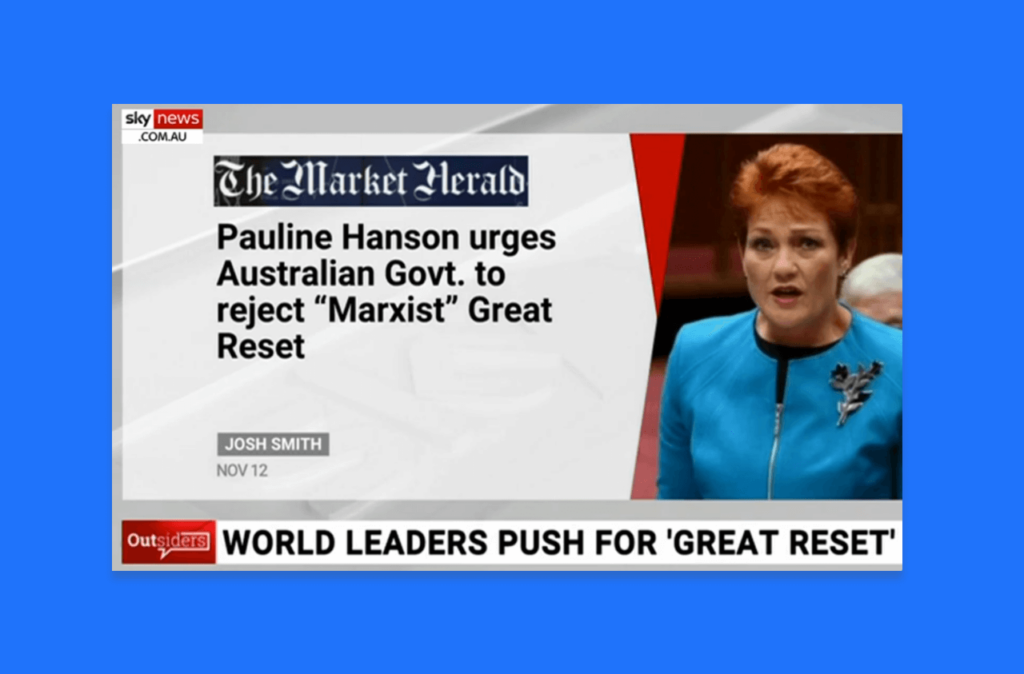 It is clear that The Great Reset is the go-to-market slogan for a collection of elitist agendas that were in existence prior to the arrival SARS-CoV-2 and that they surprisingly early saw the pandemic as an opportunity to further their agendas.