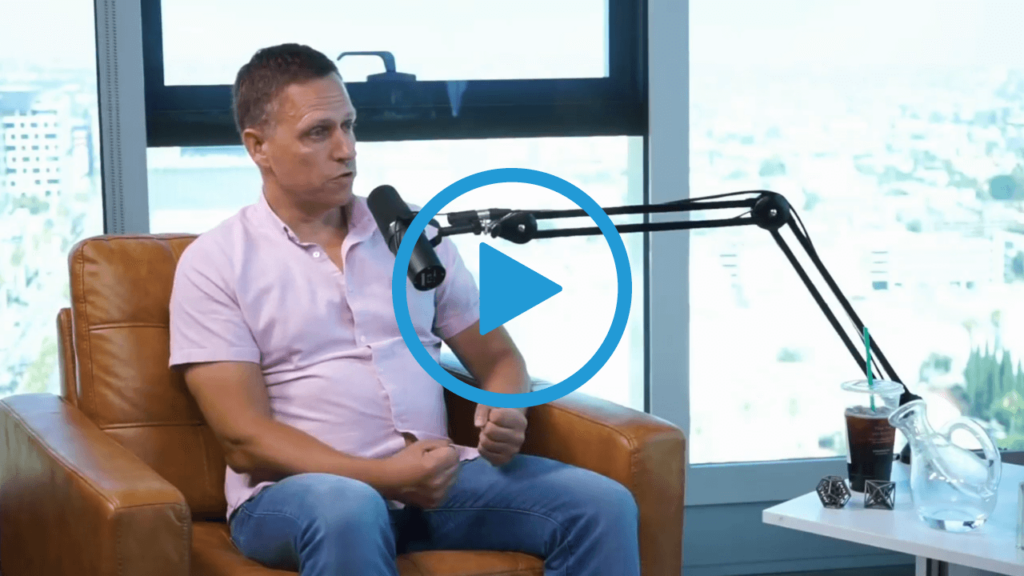 He founded Thiel Capital Management in 1996. He co-founded PayPal in 1999, serving as chief executive officer until its sale to eBay in 2002 for $1.5 billion.

After PayPal, he founded Clarium Capital, a global macro hedge fund based in San Francisco. In 2004, he launched Palantir Technologies, a big data analysis company, and served as its chairman through 2019. In 2005, he launched Founders Fund with PayPal partners Ken Howery and Luke Nosek. Earlier, Thiel became Facebook’s first outside investor when he acquired a 10.2% stake for $500,000 in August 2004. He sold the majority of his shares in Facebook for over $1 billion in 2012, but remains on the board of directors. He co-founded Valar Ventures in 2010; co-founded Mithril Capital, serving as investment committee chair, in 2012; and served as a partner at Y Combinator from 2015 to 2017.

Thiel garnered attention in 2016 when he became a vocal supporter of Republican presidential nominee—and eventual winner of the election—Donald Trump, donating money and speaking at the party’s convention.

Thiel’s philanthropic works include the Thiel Foundation, which gives money to teenagers to start a business rather than attend college. The initiative reflected Thiel’s outspoken criticism of higher education and its escalating costs.

it feels like almost universally, all of our institutions are now pathological

or sociopathic or whatever you want to call them yes.

Yes I suppose there are sort of two ways one could imagine going, if you know you had these expectations of great growth – Great Expectations is the Charles Dickens novel from the 19th century – great expectations, and then you can try to be honest and say the expectations are dialed down or you can continue to say everything’s great and it just happens not to be working out for you, but it’s working out for people in general.

And somehow it’s been very hard to have the sort of honest reset and the incentives have been for the institutions to derange and to lie.

So you know there’s a problem there’s probably a way the universities could function if they did not grow, you know you’d be honest most people in PhD programs don’t become professors, maybe you’d make the PhD programs much shorter maybe, you’d maybe much more selective, you’d let fewer people in, there would be some way you could sort of adjust it and the institutions could still be much healthier than they are today, but that’s not the path that seemingly was taken.

And you know something like this could have been done in a law firm context, you still let the same percentage of people become partner but the partners don’t get don’t to make quite as much money as before, or something like that.

So there would have been ways when one could have gone but those were generally not the choices that were made.