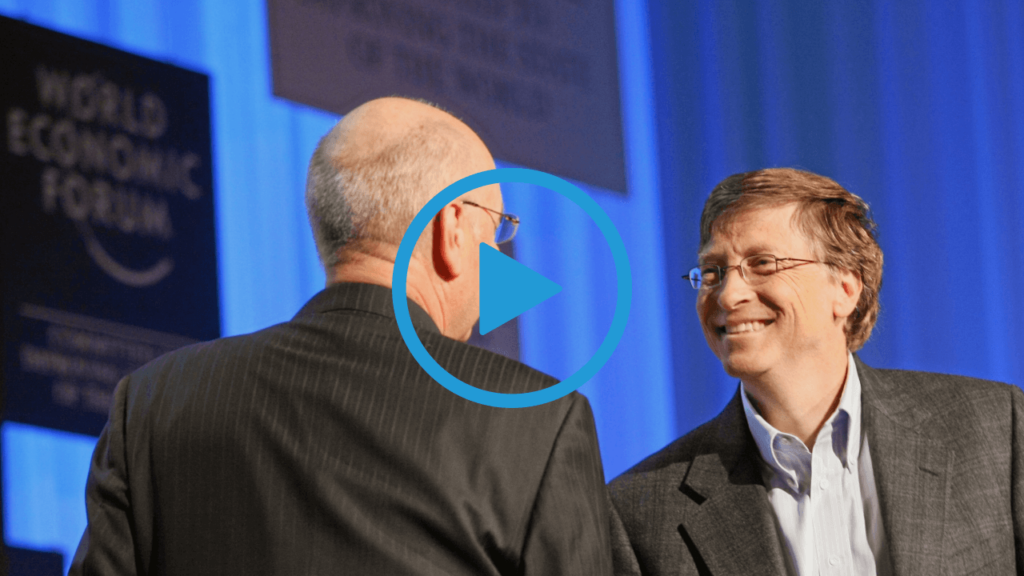 Following eight months of being shadowbanned, censored and deplatformed by big tech, I was left with one option last November. To go back old school, with a self-hosted blog and email/RSS for distribution. I cobbled something together within two weeks working with a Pakistani I met on Fiverr.

I decided I’d use it to “uncensor” others i.e. to do my bit to strike back at big tech’s trampling of democratic ideals – to help keep public discourse sufficiently broad; a requisite feature of a modern democratic society!

If I saw a coronavirus related video that had something meaningful to contribute to public discourse and was big tech censored or likely to be censored, I’d grab it, and distribute it to multiple other video platforms along with a self-made transcript.

I wrote my cause in under five minutes and placed it on the about page:

My cause is five-fold. Struggle to maintain the power or right to express one’s opinions without censorship, restraint, or legal penalty. Second, the protection of sufficiently broad public discourse. Third, the protection of scientific discovery, a process which requires the free exchange of ideas. Fourth, provision of counterbalance to propaganda, namely biased or misleading information provided by mainstream media, typically in support of a political cause or point of view. Fifth, an extra voice for the more vulnerable in society; children, elderly, the sick and the poor.

What had happened that led to my experiences of extreme, unwarranted digital aggression by Californian big tech towards me, was I’d been split apart from my 13 year old daughter.

There were no words, or seemingly logic, to describe it. I was dumbfounded. We’re both European Union passport holders in driving distance of each other, and we’re both based in European Union countries.

All of her life I’d kept up regular contact. I’d drive from my home in Slovenia (which, for those unaware, borders northern Italy) across the border to Austria, collect her and bring her to stay with me for 4-21 days depending on her school calendar. I’d then drop her back off. Passports were never required because it’s Schengen Area.

However, in March 2020, the “non-border” suddenly became a real border and was closed with the reasoning that it would help “protect” citizens from SARS-CoV-2.

I expected it to be a matter of weeks and things would go back to normal. But they didn’t. The border remained closed.

This completely destroyed my mental conception I had of being a European citizen. There was no European Union when the “crisis” hit! Each country did its own thing without any regard for or any coordination with neighboring countries.

I thought that the European Union considered itself the pinnacle of human rights. Yet there’s not a greater, more fundamental, inalienable right than that of a parent to have physical access to their children.

So I thought I’d start trying to navigate the mayhem and start a process of personal sense making by requesting the scientific reference/s, data, or even just the government meeting minutes that justified the lockdown and associated border closures.

But to my alarm it was forthcoming. Compounding the problem was that television was parading second, or even third rate “experts”, often unqualified to be making the statements they were making, and it seemed these “experts” were only being dragged on to the screen to either scare the living wits out of the population, and/or to bolster lopsided political narratives.

Repeated requests for basic information to substantiate the measures were not forthcoming.

So I decided I’d have to find and speak with actual experts myself. Television had clearly become a Sovietesque propaganda organ of the state.

I spoke with professors at leading educational institutions around the world including Harvard, Oxford, and Stanford. As well as some professors emeritus. I also spoke with experts who’d been censored by big tech; particularly those who’d fallen victim to ideology of Susan Wojcicki (YouTube).

The overall impression I’d developed by mid-April was that mainstream media was misleading the public and that the restrictive measures modeled on China were not evidence-based.
In fact, the measures had thrown out decades of established Western science and protocol for pandemic handling.

I’ll continue the story next week.

My plan now is to share something personal weekly like this, not only to “uncensor” others. I think most weeks I’ll also share a montage of news video clips that caught my attention during the preceding week.

I’ll also likely share ideas for what we can do.

What You Can Do

This week, “episode #1”, my strongest suggestion is to STOP using Google search. Leaving aside all the regular privacy concerns which were valid but have existed for years, big tech has now unveiled itself as a great danger. That danger will grow exponentially. Stop feeding Google with endless daily deep insights into your life through Google search.

Switch to DuckDuckGo. Make it your default search on all browsers, desktop and mobile. If you really need to do a Google based search, use StartPage. StartPage will provide some level of key protection.

Google/Alphabet is one of 1000 companies who are World Economic Forum (WEF) partners. Others include Facebook, Apple, Microsoft, Amazon, LinkedIn, and PayPal. Plus our vaccine friends AstraZeneca, Pfizer, and Moderna.

Second, get off WhatsApp. You need to, anyhow, owing to the horrific T&C change which kicks in February 8th (for those outside of the EU). Use Telegram and/or Signal App.

Signal App has better call quality, so is better suited to a small contact list i.e. family and friends. Telegram supports massive public groups, and many have already flocked there to escape Twitter censorship. Join my Telegram channel.

Las week was WEF’s Davos 2021 summit. WEF unashamedly, in fact seemingly with pride, lay it bare that they are exploiting the coronavirus pandemic to further their agendas. Take a look at their materials from last week (on their website and YouTube channel), e.g. re-inventing capitalism (stakeholder capitalism).

It’s the latest incarnation of government control vs individual freedom. You would be mightily stupid if you didn’t realize that the unifying concept is that the participants of WEF should be in control.

From the outset of the pandemic, no group has benefited more than these elites including our political leaders. Monetary constraints have gone, opposition silenced, and hard questions largely avoided.

Be very circumspect of WEFs usage of “economic equality”, “fairness”, “inclusion”, “greener future”, and “a shared destiny”, among other euphemisms.

Martin Armstrong appears to be right when he said it’s Communism 3.0. When they tell you you’ll own nothing but be happy by 2030, ask yourself who will own it i.e. the car you’ll drive.

Durov About Censorship And Telegram

1️⃣ Durov is obviously aware of the problem posed by Google and Apple, which form a “duopoly”.

2️⃣ Durov considers that Apple and Google are much more dangerous than Twitter or Facebook. Because Google and Apple can simply ban applications from their stores. Twitter can “just” ban users.

3️⃣ As such, Durov promptly advises to migrate from iOS to Android. Because even if Android isn’t perfect, at least you can install independent APKs.

4️⃣ Telegram does not intend to comply with the censorship ultimatums of the AppStore and PlayStore. If ever Telegram is removed from these platforms, there will be two solutions:
➡️ Telegram will share an “official” APK
➡️ Telegram is working on a “browser” version of Telegram… for mobile! That is to say that Telegram will be usable without an application, optimized for phones. Telegram will thus become 100% independent of any store.

Join Me On Safer Pastures