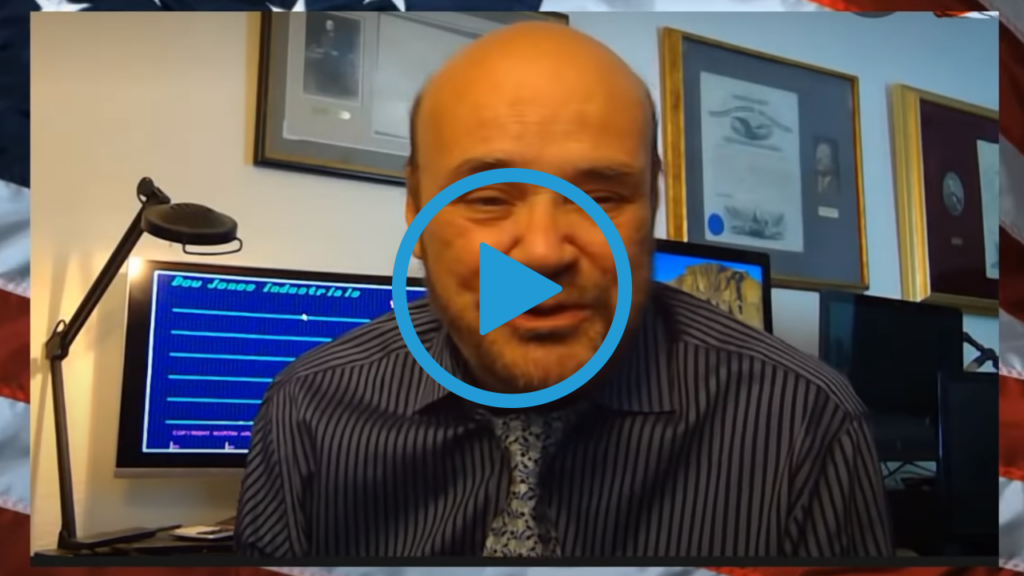 Martin Armstrong answers what is the Great Reset? It would seem that he’s a very mainstream economist. Advises central banks and the like.

Note that Eric Weinstein (Managing Director, Thiel Capital) said in January 2019 “We’ve entered a period in which we cannot trust our experts… As I came to understand that we were in some sort of society-wide Ponzi scheme, since the late 60s early 70s, and that there was no way to continue to grow our way out using the previous tools.” see here.

Sharing ≠ Endorsement. I can not vouch for this at this point. It’s simply on my radar. It does sound plausible.

“… and if you eliminate the small businesses which another lockdown is going to do, you’re going to have uh serious unemployment because they employ 70 percent of the population.

So what are you going to do? I mean these people are out to really change everything and I mean as you know I mean I’ve been consulting with probably more governments than anybody I think. I’ve been back and forth with central banks from anywhere and everywhere from China to you know Europe, Middle East, whatever, so – and I’ve been going back and forth to Europe on this issue for four years and I’ve been telling them that look the real problem is they have lowered interest rates in Europe to negative in 2014.

After six years they have been unable to stimulate the economy but they’re now trapped. They can’t sell debt at negative levels. Pension funds are basically on the on the brink of complete insolvency in Europe. Over 50 of them are basically broke already in Germany and so I’ve been arguing that look at least convert the debt to a perpetual debt and raise the interest rate to at least three percent and – but my solution is we keep our freedom and it’s government that has to give up some power.

“SO THE ONLY WAY OUT THAT THEY’RE SEEING FROM SCHWAB IS THAT IT IS BASICALLY TO DEFAULT, AND THAT’S COMMUNISM. YOU WILL OWN NOTHING AND YOU’LL BE HAPPY. SO ALL DEBT WILL DISAPPEAR AND ALL YOUR PERSONAL PRIVATE DEBTS ALL DISAPPEAR.”

They don’t want that they so they’re turning to [Klaus] Schwab and his solution is with Thomas Piketty. If you look at it it’s basically Piketty’s number one you know pet peeve is communism.

Basically to take all assets away from everybody and this is what he’s doing. I mean it was the French that convinced you Marx that socialism wasn’t good enough and had to go to communism, which was their experiment from the French revolution.

So you have to you know see what’s happening here and these people are looking at if they eliminate all debt, all right – so there goes your pension funds, the government no longer has to pay off the debt, doesn’t have to keep rolling it because that is the real problem – they’re at the end of the rope on that.

So the only way out that they’re seeing from Schwab is that it is basically to default, and that’s communism. You will own nothing and you’ll be happy. So all debt will disappear and all your personal private debts all disappear.

In the back drop to that so do banks. This is why you have Big Tech supporting them because why? Twitter alright what’s he got? He has Square. Facebook what are they doing? They’ve been trying to put together their own currency.

It’s a violation of our civil rights. They stand up and say oh well we’re not the government, we’re allowed to do whatever we want. And so this is the problem that we have. I mean they’re violating our civil rights on every which level you know from Sunday.

You’ll have nothing left and if you go to our site and look at that prediction from Schwab, what else does he have in there? The United States will no longer be a superpower. It will be shared among nations, in other words that this is Soros’s you know open society.

Only the United Nations will be the Supreme Government and so what you have are politicians handing this because they feel that the system’s broke, Keynesian economics has failed, and their only way to retain power is go authoritarian.

I’ve also published internal memos from Germany, they’re already you know proposing to you know suspend their elections in August. So in other words you’re going to see there’s no way possible this contrived pandemic is going to disappear.

Mass social distancing this is to prevent civil unrest.”