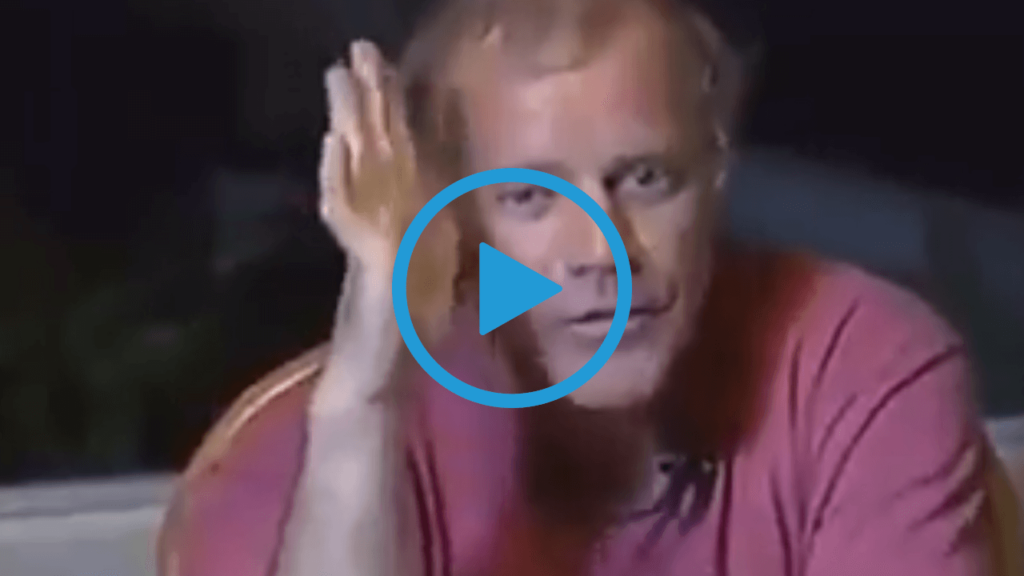 Kary Mullis (1944 – 2019) was an American biochemist and a chemistry Nobel laureate. He earned the prized recognition for his invention (alongside Michael Smith) of the polymerase chain reaction (PCR) method.

The method he invented has been of extreme use and importance in both medical research and forensic science, however he was critical of its use in public health for quick tests.

Besides being known as a science genius, Kary Mullis was also known as an eccentric and flamboyant figure.

What is it about humanity that it wants to go to the all detail to stop and listen. Guys like Fauci get up there and start talking, and he doesn’t know anything really about anything, and I’d say that to his face. Nothing.

Most of those guys up there on the top are just total administrative people and they don’t know anything about what’s going on with the bottom. You know, those guys have got an agenda, which is not what we would like them to have, being that we pay for them to take care of our health in some way.

They’ve got a personal kind of agenda. They make up their own rules as they go. They change them when they want to and a smugly like Tony Fauci does not mind going on television in front of the people, face out, and lie directly into the camera.

You can’t expect the sheep to really respect the best and the brightest. They don’t know the difference, really. I mean, I like humans, don’t get me wrong. But basically, there is a vast, vast majority of them do not possess the ability to judge who is and who isn’t really a good scientist.

“Guys like Fauci get up there and start talking, and he doesn’t know anything really about anything, and I’d say that to his face. Nothing.”

That’s a problem, that’s a main problem actually with science, I’d say, in this century. Because science is being judged by people. Funding is being done by people who don’t understand it. Who do we trust? Fauci? Fauci doesn’t know nothing, you know.

If Fauci wants to get on television with somebody who knows a little bit about this stuff and debate him, he could easily do it because he’s been asked. And I’ve had a lot of people… President of the University of South Carolina asked Fauci if he can come down there and debate me on the stage in front of the student body because I wanted somebody who was from the other side to come down and balance my point, because I felt like, “Well, these guys can listen to me but I need to have somebody else down here that’s going to tell me the other side.” But he didn’t want to do it.

If it’s just caused by needles, or it’s just caused by homosexual activities. You’re not going to really get a whole, a long sustained public outcry against it. And nobody’s going to want to spend $6 billion a year. They’re going to say, well, we really like those people. Anyhow. Great. I can’t think of a better solution to the homosexual problem than a disease that’ll kill them all. I mean, there’ll be congressmen that talk about that quietly. Not on television. So the CDC had to say, we can’t say that.

We’re gonna say, it’s going to be, it’s got to be heterosexually transmitted. There’s no proof that it’s transmitted at all at that point. So why not just say, well, it’s heterosexually transmitted too [heterosexual transmission chains], because that made it a plague again. The CDC needed one. The CDC hadn’t had a good plague since polio. Their funding was probably going to be cut back if they didn’t come up with one. The guy that was the head of the CDC, in fact wrote memos that have been obtained, you know, where he describes this as hot stuff. You know, those guys have got an agenda, which is not what we would like them to have being that we pay for them to take care of our health.

And they are considered the final arbiters of what’s good for the planet or what’s bad for the planet. And they haven’t got the slightest idea. Instead of wearing white robes, they wear white lab coats, you know, instead of like bringing you the word of God, they bring the word of the, the EPA or whatever, and they don’t have to understand what it is that they’re making you do, in fact, and people, you know, just, I think they fall naturally into it because there is a need in humanity for something like a religion.

Occasionally you get a false positive. Uh, under those circumstances, a western blot can absolutely confirm. Western blots are also important when you have people, for example, who have been vaccinated in vaccine trials and making antibody against one protein, the only way you’re going to tell if they’re infected serologically is by looking at a western blot, showing they make antibodies to the other protein. So it has a lot of value. It’s fundamentally a confirmatory diagnostic tests.

More likely to be positive there because they use much more lax criteria. Yeah.

“They change them when they want to and a smugly like Tony Fauci does not mind going on television in front of the people, face out, and lie directly into the camera.”

He lowered the sensitivity of the antibody test.

If they didn’t allow them to charge so much for it, I think that’d be a lot less use of it. You know, it’s just like in political scandals, follow the money trail, figure out who’s getting paid for this. Who’s getting the money for those western blots. There’s your person who’s going to always come down on the side of, yeah, you’ve got a confirmatory western blot cycle. They don’t even do them in England anymore, but it’s totally, it’s… And ask a doctor how it works. The doctor who prescribed, it says you gotta have a western blot to confirm this ELISA positive thing. How does that work, doctor, sir? How, how, what, what is, what are they now measuring about me that is different from what they measure with the ELISA test? He wouldn’t know, he’s not got any idea. I bet you there’s scarcely 50 physicians in this country that know what a western blot really is.

The thing that I learned like back in 1968, when I first published a paper by myself in Nature, in a field that I had no expertise in at all. There are no old wise men up there at the top of science where, which I would have, I really did until 68. I would’ve thought, you know, if you try to publish a dumb paper in a journal, like Nature, it won’t get published. If you try to publish a good paper in there, like I later tried to publish PCR, the invention of PCR in the same journal. And they didn’t take it. There isn’t enough there. There’s no place up on the… The Academy of Sciences is just a bunch of idiots, just like everybody else. You know, the editors of journals, austere journals, even. They’re just busy with their little lives and stuff. There are no old wise men up on the top, making sure that we don’t do something really dumb.