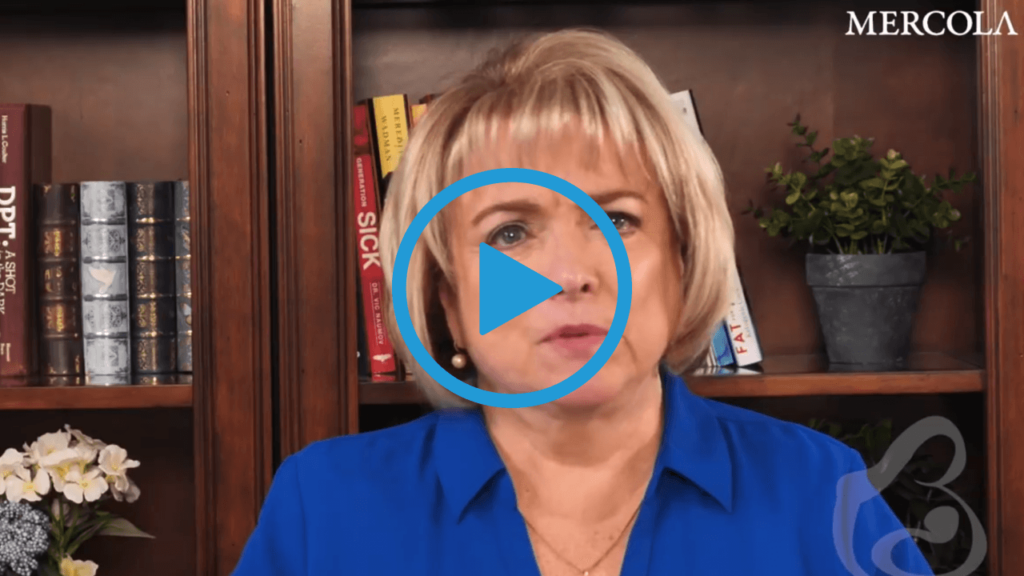 Barbara Loe Fisher is co-founder and president of the National Vaccine Information Center (NVIC), a non-profit charity she founded with parents of vaccine injured children in 1982 to prevent vaccine injuries and deaths through public education. For the past four decades, she has led a national, grassroots movement and public information campaign to institute vaccine safety and informed consent protections in public health policies and laws. She has researched, analyzed and publicly articulated the science, policy, law, ethics and politics of vaccination to become one of the world’s leading non-medical, consumer advocacy experts on vaccination and human rights.

“Back in 1993, I started to predict that the day would come when Americans would not be able to participate in society without showing proof they’ve been vaccinated with whatever the government says they have to be vaccinated with”

She claims that there is a cultural war and collusion between many industries and federal regulatory agencies that results in a suppression of the truth about vital important health issues. And that if this suppression continues we will gradually and progressively erode our private individual rights.

“The demonization of parents and enlightened doctors who criticize vaccine science and government policy is the tip of the spear in a larger culture war going on in this and other countries, where economically stable, well-educated populations are beginning to understand, that they are being exploited by corporations that have made business deals with governments.

The culture wars in the 21st century are about whether the first human right, individual autonomy will survive or an authoritarian state will own our children, and have the power to eliminate civil liberties, and sacrifice the lives of certain people, for what those in control of the state consider the greater good of society.

The human right to autonomy protects individuals and vulnerable minorities from being discriminated against and exploited by the state.

Who has the moral right or should have the legal authority to demand that mothers and fathers violate their conscience, and risk their children’s lives or face punishment for refusing to do it?

There is no more important freedom than the freedom to decide when and for what reason you are willing to risk your life or your child’s life.

We give up the human right to autonomy at our peril. No matter where or in what century we live, the outcome of the vaccine culture war will determine what it means to be free.

Because if the state can tag, track down, and force individuals against their will to be injected with biologicals of known and unknown toxicity today, then there will be no limit on which individual freedoms the state can take away in the name of the greater good tomorrow.”

As an addendum to above, I’ve included the FDA’s ‘Plans for Monitoring COVID-19 Vaccine Safety and Effectiveness’ meeting notes here.

Below is the slide from those notes containing the adverse reactions list for monitoring as the vaccine begins its roll out.